My translation of  Moinul Ahsan Saber’s novel The Mercenary (Original title: Kobej Lethel), was published by Bengal Lights Books in 2016, and the US edition by Seagull Books came out in 2018. 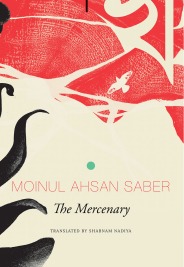 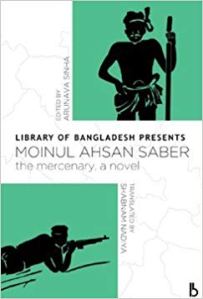 The Mercenary tells the story of Kobej Lethel, a ruthless soldier of fortune employed by a corrupt village chief. Lethel has never had a problem with the job before: he gets an assignment and handles it, even if that entails violence. But during Bangladesh’s Liberation War, his boss chief sides with the Pakistani army as it carries out unspeakable atrocities. Suddenly, Lethel can no longer accept his role—but can he change his ways?

And here are a few anthologies where my stories have been included.

Law and Disorder: Stories of Conflict and Crime, (September 2014), edited by Amy Locklin, and published by Main Street Rag Publishing Company. The stories in this anthology are concerned with disorder in the aftermath of crimes and explore laws of family, community, religion, social class, race, gender, identity, and human nature.

গাঁথাগল্প  or GanthaGalpa (2010), published by University Press Ltd. and jointly edited by Jharna Rahman and Papree Rahman. This is the first collaboration of the women writers’ collective Gantha, and is probably one of the first books published in Bangla to include work of Bangladeshi writers writing in English.

One World (2009), published by the New Internationalist and edited by Ovo Adagha. This book contains twenty three short stories from fifteen countries. Please consider buying this book as all proceeds go to Médecins Sans Frontières!

A Stranger Among Us: Stories of Cross Cultural Collision and Connection (2008), published by OV Books and edited by Stacy Bierlein. Twenty nine stories of “disparate experience [that] travel beyond politics and multicultural manners to become an essential discussion of otherness.”

From the Delta (2005), published by University Press Ltd. and edited by Niaz Zaman.

Galpa: Short Stories by Women from Bangladesh (2005), published by Saqi Books, with a Bangladeshi imprint published by writers.ink. Edited by Niaz Zaman and Firdous Azim.