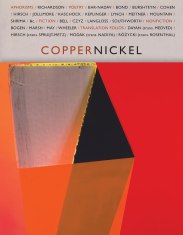 ‘Parbati was leaving no gaps in her attempts to explain to the octogenarian Rajlakkhi Debi just how deep ran the relationship between Mona and that one person. Which is why, when Parbati was mixing truth and lies, adding a smudge of lewdness, Mona’s face burned in that stifling room. From what she overheard, it hadn’t seemed to her that Rajlakkhi Debi, the elderly matriarch of this household after whom the house itself was named, was encouraging Parbati with questions. But because she couldn’t see her at that moment, Mona couldn’t gauge her true reaction.

‘The girl Parbati was clever, truly clever. But her cleverness came with a provincial, indecent curiosity and unbearable garrulity.’

And here’s an excerpt from my translator’s note:

‘In a recent interview, Modak spoke of how essential it is for the writer to be more than a “loyal commentator”, of storytelling that must move beyond mere reportage. In this, she is one of a newer generation of Bangladeshi women writers, who have moved away from defining femaleness with victimhood; or perhaps a better way to state it is that they’ve not moved away (because in a highly patriarchal culture such as that of Bangladesh’s, gender shapes destiny for many if not for most), but that they have moved beyond, that they have—finally—moved towards capturing the messiness of what it means to be a woman when one’s sense of self is cut through with the realities of gender, faith, ethnicity, class.’